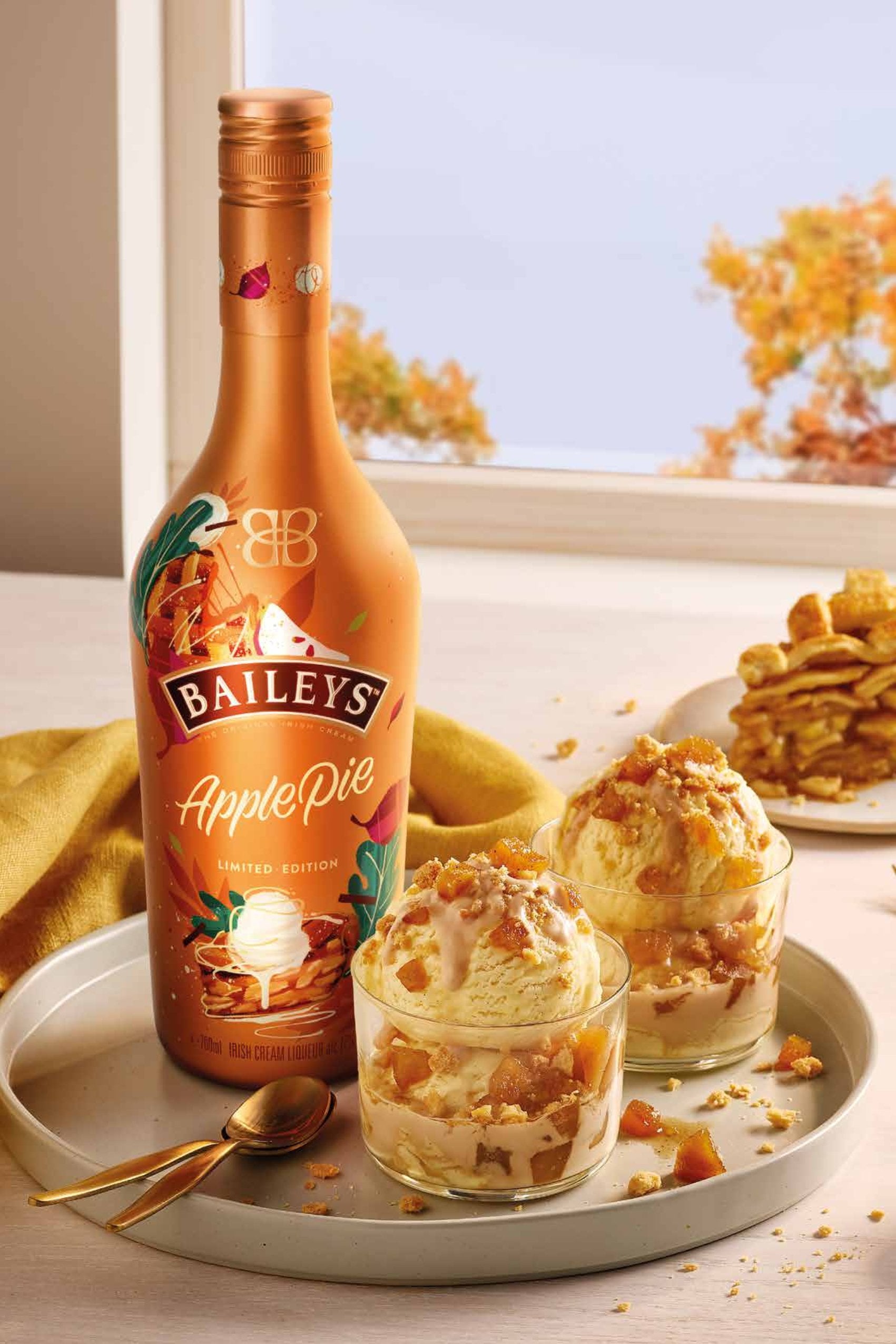 Baileys has launched a limited-edition pudding-inspired flavour that tastes just like autumn in a bottle.

The makers of the original Irish cream liqueur have put a seasonal twist on the classic beverage to create Baileys Apple Pie.

The last addition to the Baileys line-up contains a blend of apple pie flavours, including vanilla ice cream, cinnamon and spice, in homage to the nostalgic dessert we all grew up with.

aSure to be a hit as the nights start to draw in for cosy evenings by the fire begin, Baileys Apple Pie is available to buy in the UK now for £22.99 but only through UK online drinks retailer The Bottle Club.

The company announced the launch on Instagram, writing: “Autumn is here and apples are on the menu. Limited Edition Bailey’s Apple Pie has arrived. It’s limited edition and will go quickly!”

Social media users were divided over the launch with some saying they loved the idea of a pudding-themed liqueur .

“Ordered. Cant wait to drink it…” one person wrote, while another agreed, adding: “Oh my god, I wish they would do miniatures of all the baileys flavours, I could have a different one every night.”

However, not everyone was convinced, with some saying the flavour was not for them.

“There’s an apple pie flavour. Definitely one no one asked for,” one person wrote on Twitter.

Another commented: “If red velvet was the step too far, then what the fresh hell is Apple Pie Baileys?”

Speaking of the launch, Danielle Merry, head of ecommerce and marketing at The Bottle Club, said: “There is something intrinsically comforting about the taste of apple pie and as we head into autumn, Baileys Limited Edition Apple Pie Liqueur is the ideal beverage to appreciate with the change of season.”

Baileys is not the first brand to launch a cold-weather ready spin-off of one of its most popular products.

The limited-edition offering is made using the same ingredients as a standard Twix with its biscuit base, caramel and chocolate topping.

However, the new version comes with the addition of some classic festive flavours including nutmeg and cinnamon.

Dwyane Wade Photobombs Proposal And His Expression Is All Heart

Slack down: App not working properly again as messages fail to appear or show out of order