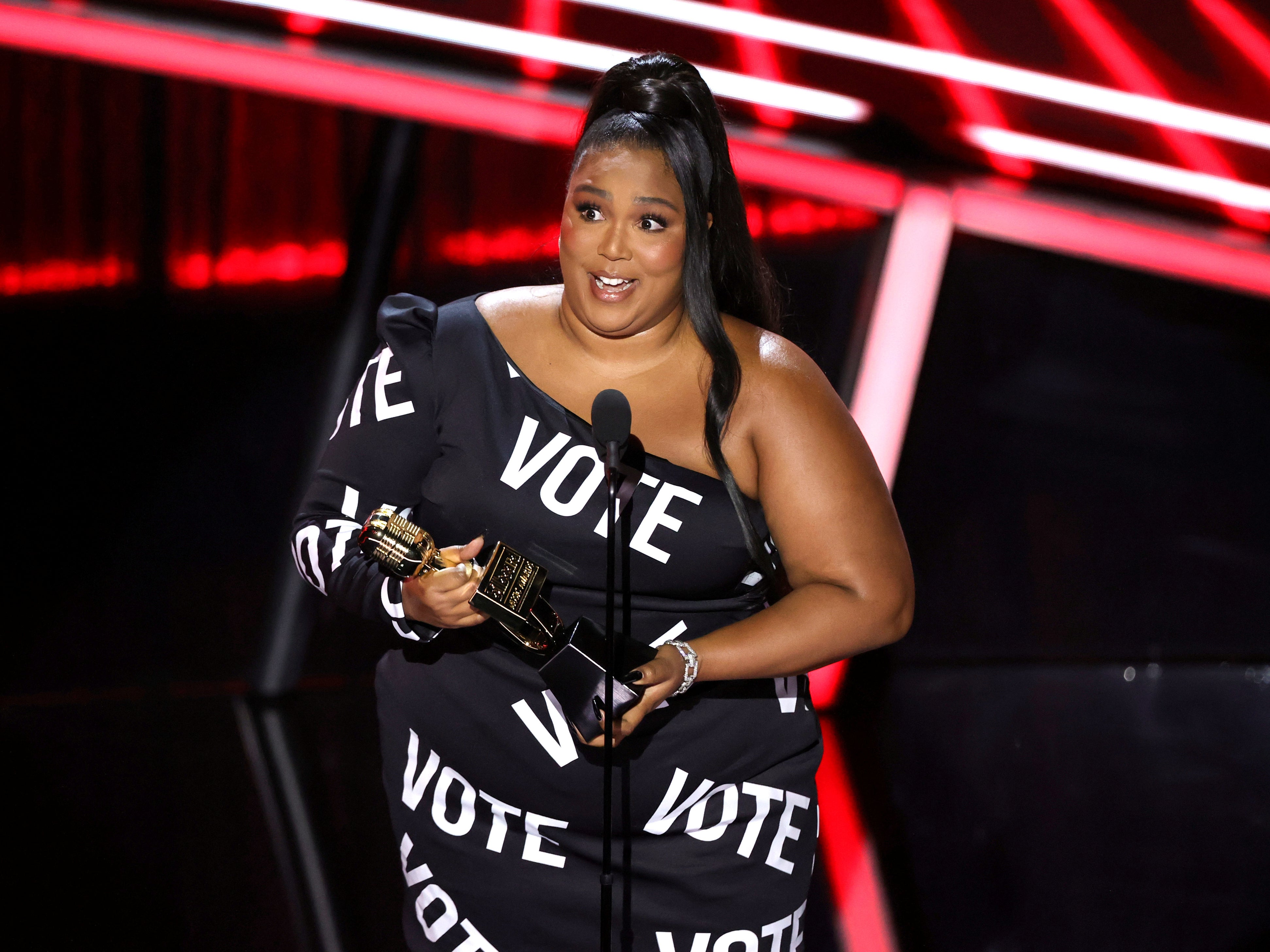 Lizzo wore a custom dress emblazoned with the word “Vote” to the Billboard Music Awards, encouraging fans to use their voices and “refuse to be suppressed” ahead of the US presidential election in November.

On Wednesday 14 October, the 2020 Billboard Music Awards were held at the Dolby Theatre in Los Angeles, California.

The award ceremony had originally been scheduled to take place on 29 April in Las Vegas, before being postponed due to the coronavirus pandemic.

While gracing the stage to accept her award, the “Truth Hurts” singer wore a custom, black, one-shoulder mini dress designed by Christian Siriano, featuring the word “Vote” written across it several times.

Siriano wrote on Instagram that it was “an honour to create for this unbelievable and beautiful woman”, describing Lizzo as “an inspiration”.

In a second Instagram post, the fashion designer said that Lizzo is one of the label’s “favourite muses”.

During her award acceptance speech, Lizzo said that she had “been thinking a lot about suppression and the voices that refused to be suppressed”.

“I wonder would I be standing here right now if it weren’t for the big black women who refused to have their voices be suppressed?” the 32-year-old said.

“If you are at home watching this and you are thinking about changing yourself to feel worthy, this is your sign to remain true to who you are.”

The rapper stated that when people “try to suppress something” in others, this is usually because the thing that they are trying to suppress “holds power”.

“So whether it’s through music, protest, or your right to vote, use your power, use your voice and refuse to be suppressed.”

The US presidential election, which is due to take place on 3 November, will see Republican candidate Donald Trump go up against Democratic candidate Joe Biden for the presidency.

Australia opens borders for international travel – but only to New Zealand