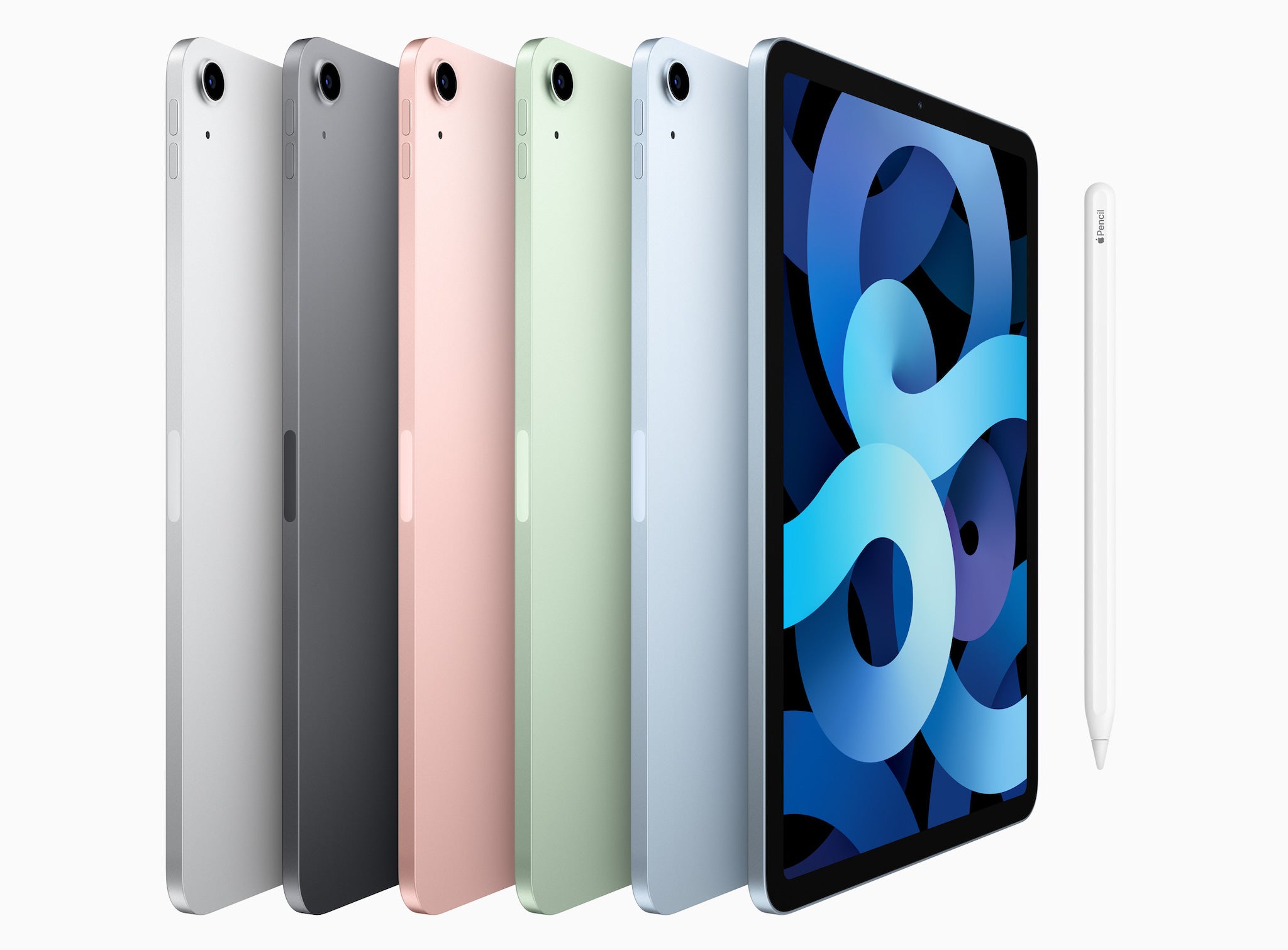 Apple has put the new iPad Air on sale alongside the iPhone 12.

The company had previously only indicated that the new tablet would arrive in October, but it will now go on sale on the same schedule as the new handset. It is open for pre-orders now, and actually go on sale a week later, on 23 October.

The new iPad includes some of the same technologies as the new iPhones. They both include the new A14 Bionic chip, which Apple has promoted as a significant increase in performance from previous versions.

They both share a similar design, taking the flat sides that first appeared with the redesigned iPad Pro. Like the new iPhones, it also comes in a range of colours, including a new blue, as well as silver, space grey, rose gold and green.

It is possible that Apple had planned to unveil both the new iPad Air and the new iPhones together, in keeping with their simultaneous release, but the iPhone had been delayed. Apple said over summer that it would be forced to push back the unveiling of the handsets by a “few weeks”, and the usual September launch event was instead held in October.

As well as bearing similarities to the new iPhones, the new iPad Air borrows heavily from the existing iPad Pro. Like the Pro, the Air has now lost its home button and has a display that runs all the way to the edges, works with Apple’s more recent accessories such as the new Magic Keyboard, and has a USB-C connection for charging and data.

The iPad Pro however continues to be the only Apple tablet with a FaceID sensor, since the new iPad Air instead incorporates its fingerprint sensor into the power button on the side. The Pro also has a marginally larger screen – 11-inches rather than the Air’s 10.9-inch – as well as that display having a faster refresh rate.

Welsh attraction caught in lockdown confusion due to its postcode