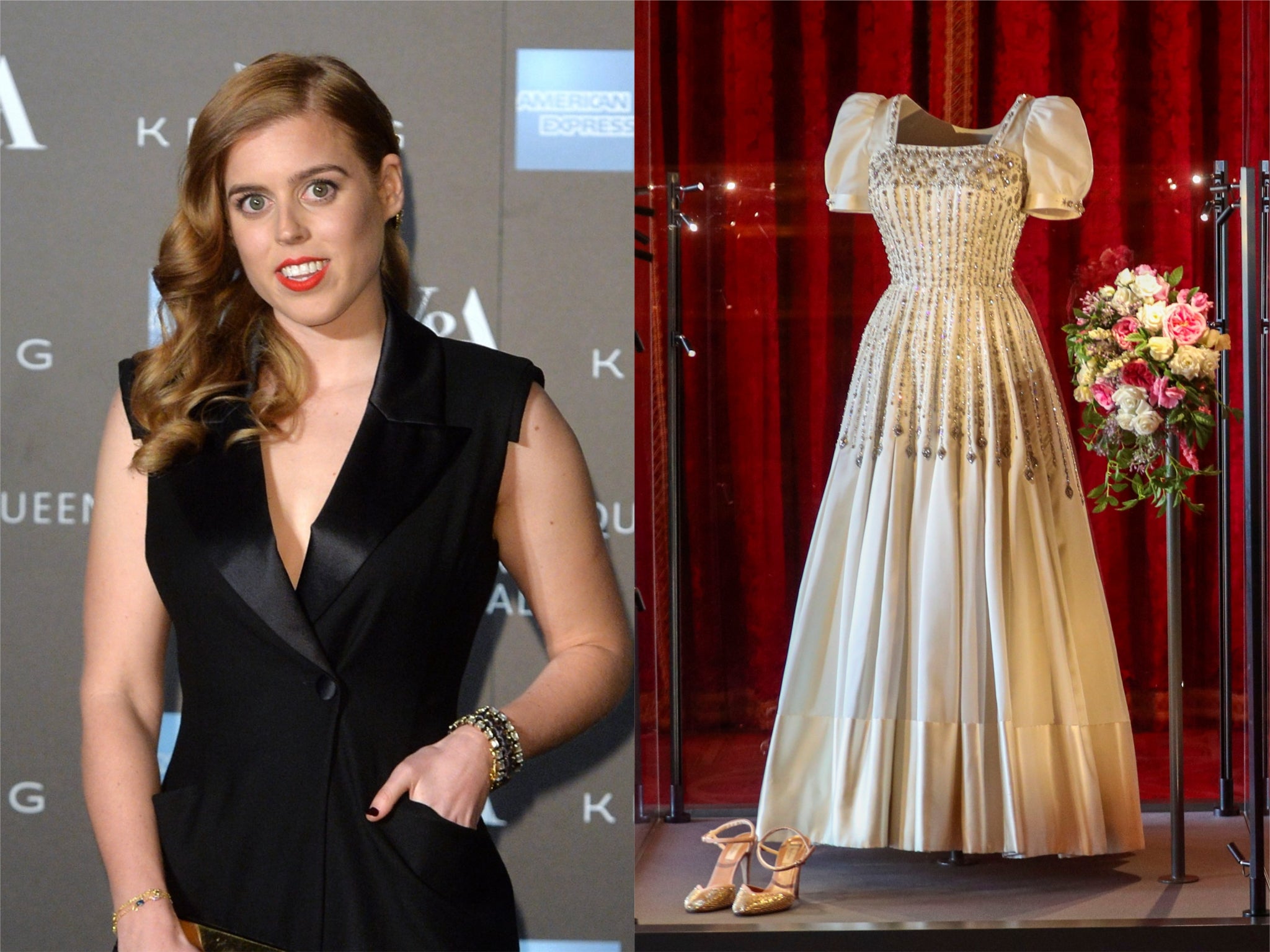 The couple had originally been due to marry on 29 May, but had to postpone their plans due to the coronavirus pandemic.

Last month, Princess Beatrice’s wedding dress, which was loaned to her by the Queen, was put on display at Windsor Castle, where it will remain until 22 November.

The gown was worn by the monarch on several occasions in the 1960s, including the 1962 world premiere of Lawrence of Arabia at the Odeon Leicester Square.

Made from peau de soie taffeta and embellished with hand-embroidered crystals, diamantes and ivory duchesse satin on the trim of the skirt, the dress was altered for Princess Beatrice by the Queen’s personal dresser Angela Kelly and fashion designer Stewart Parvin.

On Friday, Princess Beatrice tweeted for the first time since last September to thank members of the public for their well-wishes since her wedding to Mr Mapelli Mozzi.

The royal also responded to a tweet by the Royal Collection Trust about the display of her wedding dress at Windsor Castle, expressing her hope that people are able to go see it.

“Thank you to everyone who has sent in and tweeted their best wishes for our special day in July. Edo and I are so excited to embark on this new chapter together,” Princess Beatrice wrote.

“It was an honour to wear my grandmother’s beautiful dress on my wedding day, I hope many of you are able to visit the exhibition which is still open at Windsor Castle.”

Princess Beatrice’s Valentino wedding shoes were also put on display at the royal residence, as was a replica of her bridal bouquet.

To complete her bridal look, the 32-year-old wore the Fringe Tiara, a headpiece previously owned by Queen Mary.

The tiara was worn by Queen Elizabeth II on her wedding day in 1947 and by Princess Anne for her wedding to Mark Phillips in 1973.

‘Big Pile’ Of Live Eels Dumped In Lake In NYC Park; Impact Not Yet Known

Cadbury is giving away free chocolate