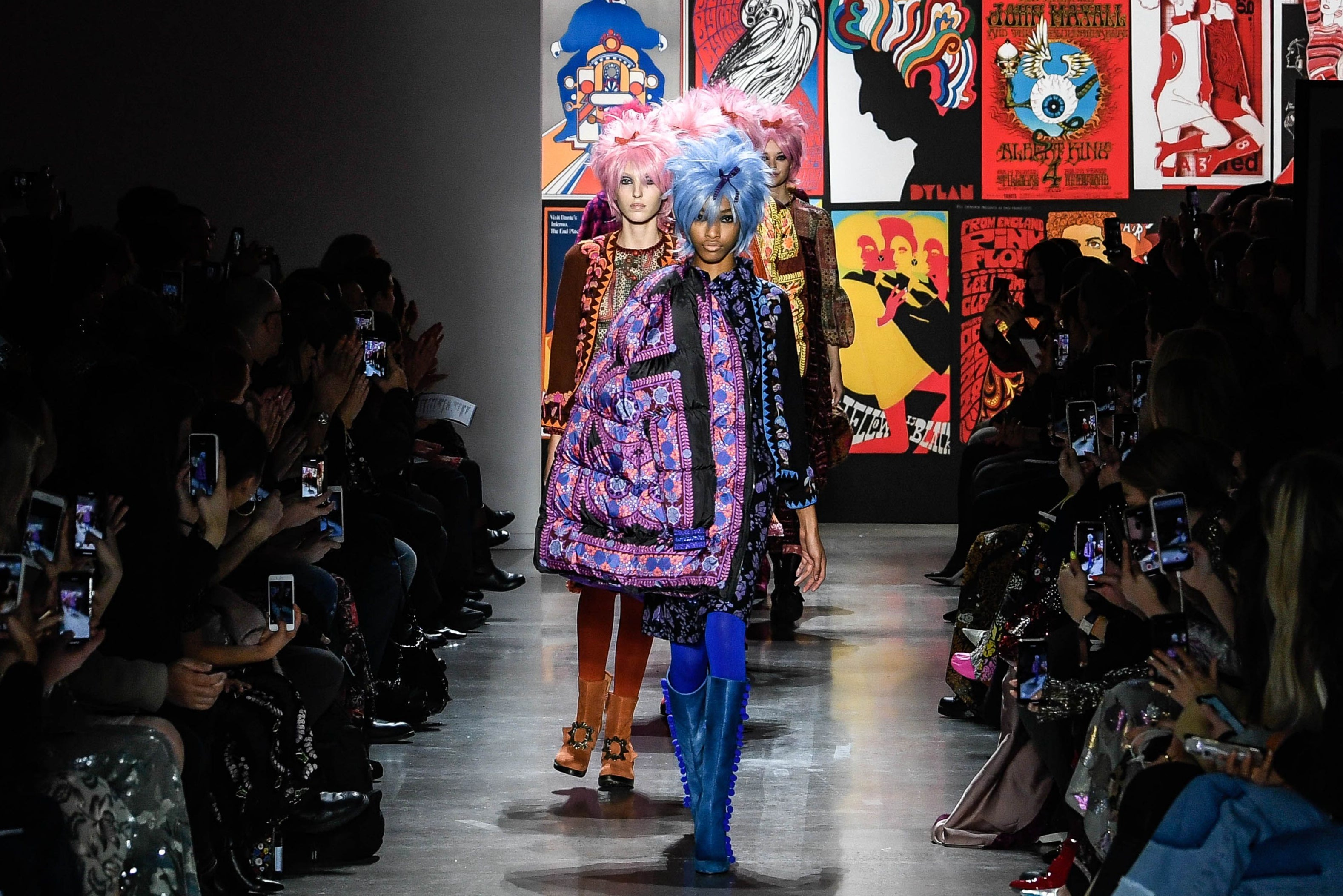 fter months of closure, hairdressers in England finally reopened their doors in July. While many customers flocked to salons to fix their DIY hairdos and compound the sense of self felt by having a signature cut and colour renewed, some saw it as a chance to embrace a new look.

One such customer was Game Of Thrones actress Maisie Williams, who appeared on the Instagram of Bleach London with her hair freshly cut into a choppy shag – a soft iteration of the mullet.

The mullet hairstyle is rooted in rebellion, thanks to its associations with 1970s rockers like Patti Smith and a flame-haired David Bowie.

Later it became more commonly associated with country music stars, largely thanks to Billy Ray Cyrus, before it was maligned as simply a sign of bad taste, and faded into hairstyle obscurity.

In the past few years, the shag and mullet have seen a resurgence (and no, we don’t mean as a result of lockdown DIY cuts). It started when the styles crept into our Instagram feeds, as a slew of young, cool, social-media famous faces shared photos of their short sides, sharp micro fringes and long bra-strap grazing lengths.

In 2018, model Josephine Pearl Lee told Vogue “mullet-haired girls have way more fun”, after she had the style cut in following a breakup.

And so it was written: the styles made it onto catwalks, first at a show from zeitgeist-defining label Off-White in spring/summer 2018, before Gucci declared the mullet a hit by pairing it with its 1980s inspired pre-fall 2019 collection.

It didn’t take long for Saint Laurent, Anna Sui and Rachel Comey to follow suit with their autumn/winter 2019 shows.

Then came the celebrity endorsements. While awards show appearances by Rihanna and Zendaya in 2016 failed to inspire a mainstream trend – simply passed off as tributes to Ziggy Stardust, the style gained momentum as singer Billie Eilish appeared to be sporting one in real-life at the close of 2019.

The “Bad Girl” singer put it down to a happy accident. “Somebody dyed my hair and they burnt half of it off”, she told TMZ at the time. But it was arguably the start of a snowball effect.

Now, Williams has cemented the comeback of the style with her new look, and her soft, choppy layers make the style seem relevant again. Suddenly, the mullet doesn’t seem half bad.

Williams’ hairdresser Freddie points to the fact that her cut isn’t just trend-led, but practical too, as it works with the actress’ bleached hair texture. A benefit which should be appealing for many of us who have discovered the joy of scaling back our beauty regime, and taking a more low-maintenance approach.

“With bleached hair, it’s great to use the least amount of heat possible and this cut will look best air dried with a little sea salt spray (I used Bleach’s Swamp Spritz on damp hair). We defined a few waves using straighteners, but it’s not a must at all”, explains Freddie.

If cut correctly, the 2020 iteration of the mullet needn’t be unflattering. Freddie’s influences were the shoulder-grazing, face-framing styles of Charlotte Gainsbourg and Freija Erichsen from the 1970s.

A new haircut can seem like a drastic change – a style as polarising as the mullet, even more so. But trying one out now during a global pandemic seems apt.

In times of crisis it’s common to make a drastic change to an element of our physical appearance, especially our hair. As Rebecca Newman, a psychotherapist based in Philadelphia points out: “Our hair is one of the few aspects of life over which we have some agency”, so changing it can provide “a sense of control amidst what feels like chaos.”

Of the current climate Newman explains: “We may not have much influence over what is happening to us societally, but we can choose the figurative armour that we wear into our individual battles, as we head into the next chapter of the pandemic and physical distancing.”

With a second possible lockdown looming, even if a drastic new look doesn’t give its wearer the mood-changing effects they’d hoped for, there’s always time to grow it back before anyone sees it in the flesh.

Freddie says that for this reason, since it reopened, Bleach London has seen an increase in demand for more daring styles, including the mullet. “Lots of people are more able to experiment without the pressure of having to show up at uni, school or the office the next day with something they’re just trying or still getting used to.

“People can really explore what suits them and what they like just for themselves without any pressure to “present” it to the world immediately”, she says.

Even the prettier Debbie Harry inspired iterations are easy to snip away at yourself if needed. It’s “not a technical cut” as Freddie points out. So if that second wave does sadly hit, then keeping your locks in check from home won’t be as big a feat as it was first time round.

While if done badly, a mullet may seem like a rebellious statement, in this time of flux it’s a practical and even flattering option. Plus, it could be the perfect way to shake off some of the emotional baggage that’s weighing so heavily upon us all.

Perhaps mullets aren’t the stuff of bad hair days after all.

Why hairdressers, beauty salons are open