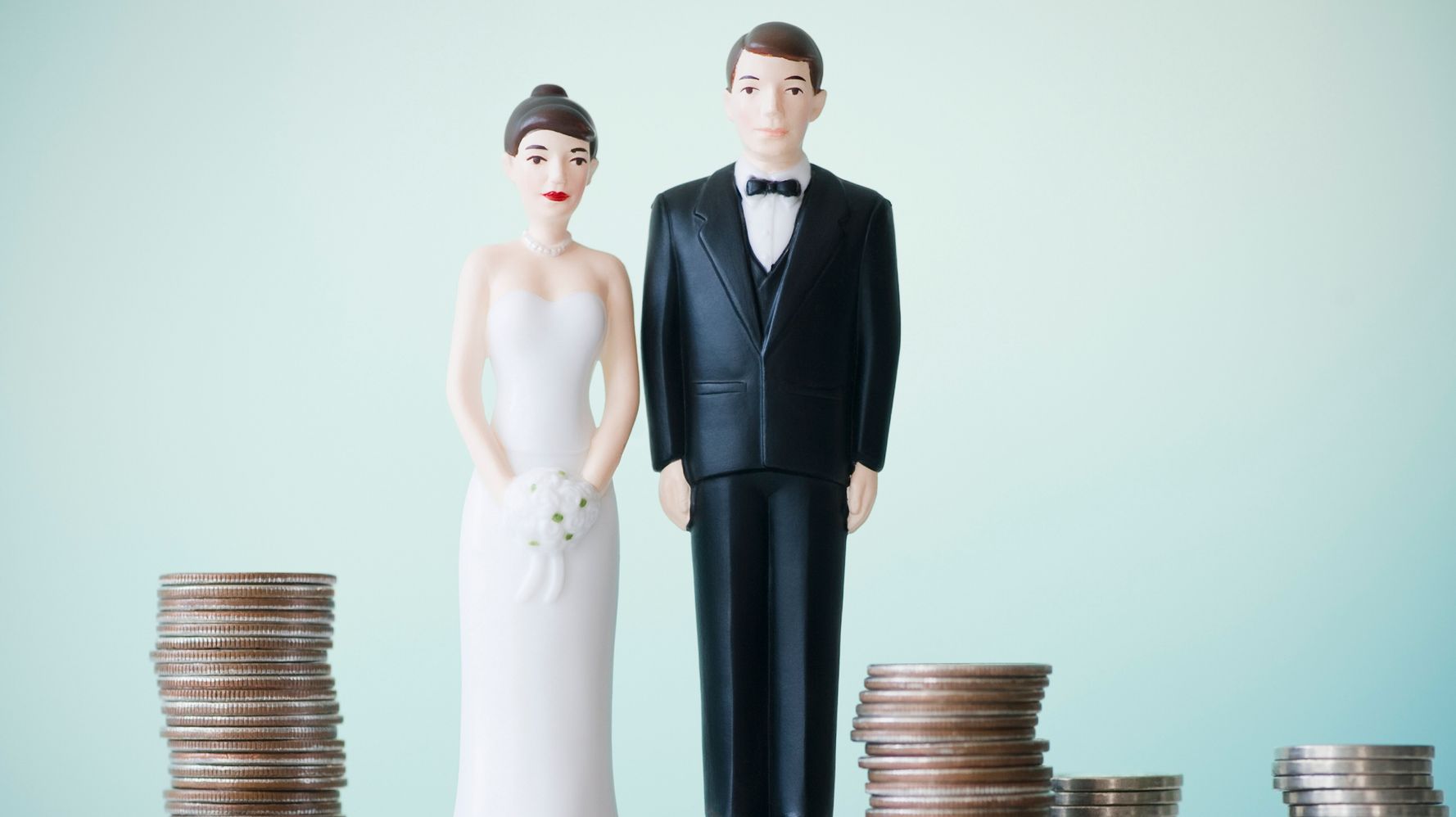 Preparing for marriage comes with many fun and exciting experiences, but drafting a prenuptial agreement sounds anything but.

A prenuptial agreement, or prenup, is a pre-marriage contract outlining how assets would be handled in the event of divorce. For many, the mention of “prenup” evokes a sense of discomfort and other negative sentiments. But it doesn’t have to be this way.

“Much of the stigma surrounding prenuptial agreements has to do with the thought that, by signing a prenuptial agreement, the soon-to-be married couple is ‘planning for divorce,’” said Amanda Cubit, a family law attorney with Sodoma Law Union in North Carolina. “It doesn’t strike many people as romantic for an engaged couple to take the time to hash out how they’ll handle certain issues in the event of a future separation.”

For many people, preparing a prenuptial agreement feels like a bad omen. Others imagine the stereotype of a wealthy, typically male partner using a prenup to protect his assets and assert control over a less financially secure woman.

But the reality is that prenups can actually make relationships stronger because they force couples to set goals and expectations for their marriage. Many faiths require engaged couples to undergo premarital counseling, which involves frank discussions of values, career paths, family plans and lifestyle choices. Drafting a prenuptial agreement offers another avenue toward these productive dialogues.

“Prenuptial agreements provide couples the opportunity to have what can be uncomfortable conversations about important topics, such as finances, before walking down the aisle,” Cubit said. “Having these conversations beforehand gives each person a better understanding of what is important to the other and how they can support each other.”

The prenup process promotes transparency and gives partners a chance to disclose and address issues like debt so that they won’t come as a surprise later. In addition to deepening communication and intimacy, prenups can help eliminate some of the “fear of the unknown,” which allows couples to better focus on building their lives together.

“A prenuptial agreement, if handled correctly, is a binding contract that allows the couple to decide how assets and liabilities will be distributed if a divorce happens instead of having a court make this decision,” said Emily Pollock, a partner in the matrimonial and family law department at Kasowitz Benson Torres LLP, based in New York City. “By agreeing ahead of time and memorializing the terms in a prenuptial agreement, the parties will minimize the amount of money spent on attorneys and the process should take significantly less time than if they had to iron out these issues when the parties are in the throes of divorce when emotions are heightened.”

In addition to saving time and money on lengthy divorce proceedings, prenuptial agreements can also prevent further trauma. Many of the attorneys who spoke to HuffPost noted that their prenup clients are often previously divorced or the children of divorce who bear the scars of hostile, protracted legal disputes.

“Every single marriage ends … either by death or by divorce. Do you want the state to tell you how your estate is going to be divided in one of those events?”

– Susan Myres, president of the American Academy of Matrimonial Lawyers

“However, in the event of a divorce, the main benefit of a prenup is that the couple decided on the fair terms of their divorce while they were still happy and in love with each other,” Hughes added. “If there is no prenuptial agreement, then by the time a couple may end up in a divorce proceeding, they likely are not considering what is best for their spouse, and their anger or negative feelings typically causes them to only seek out divorce terms in their own best interest.”

Contrary to popular belief, signing a prenup doesn’t necessarily mean the spouse with fewer assets gets little or nothing in the divorce. The couple can hash out a fair agreement that provides security and certainty in terms of spousal support and allocation of assets.

“If a couple is transparent with each other, then it can be very positive and even end up helping the non-moneyed person,” said Kathryn Smerling, a family therapist in New York City. “They’ll be guaranteed certain things they might not get normally.”

Prenups can also help both parties feel a sense of control over their financial future.

“Every single marriage ends,” said Susan Myres, president of the American Academy of Matrimonial Lawyers. “There is no exception. It will end either by death or by divorce. Do you want the state to tell you how your estate is going to be divided in one of those events? Or would you like to participate in the decision-making process?”

She added that many couples today spend years living together, building their careers and commingling assets before tying the knot, so prenups can help legally clarify who is entitled to what property in these situations where state law may not recognize past arrangements.

But prenups aren’t for everyone

If you’re equally situated financially and have no expected inheritance, then it may feel like the cost in legal fees outweighs the benefits of a prenup.

“If parties do not have the funds to retain competent counsel to negotiate and draft an enforceable agreement, then they should consider whether having a poorly drafted agreement will accomplish their goals or instead result in steep attorney costs in future litigation about the meaning and intention of the agreement,” Pollock said.

It’s also important to consider if the motivation for a prenup comes from only one partner.

“If someone is signing a prenup because it’s an absolute requirement of proceeding with the marriage, that person needs to be very clear about the decisions they are making,” said attorney and mediator Dennis A. Cohen. “Choices made under economic duress or necessity are not usually financially wise. If you and your intended cannot work together to create an agreement that is fair to both of you now, finding balance in your marriage is likely to be even more challenging.”

Despite those criticisms, most of the attorneys who spoke to HuffPost believe prenups are rightfully becoming more common and less stigmatized.

“As more and more people wait until later in life to marry ― oftentimes after each person has worked for several years and started to build their own wealth ― there also seems to be less stigma surrounding prenuptial agreements,” Cubit said. “It is easier for people to understand the need for a prenuptial agreement when the couple is of comparable financial status rather than when designed to protect one party whose financial standing far outweighs the other.”

“I find that many couples don’t view the prenuptial agreement as a measure of the value they have for the partner but a contract that will minimize the possibility of a drawn out divorce process.”

A 2019 study from the American Academy of Matrimonial Lawyers found that 62% of attorneys surveyed saw an uptick in requests for prenuptial agreements, with 51% citing an increase in millennials asking for one. This tracks with the fact that millennial women are more likely to participate in the workforce than prior generations and have more assets to protect.

“I find that many couples don’t view the prenuptial agreement as a measure of the value they have for the partner but a contract that will minimize the possibility of a drawn-out divorce process,” Pollock said, adding that prenups are becoming more common even among couples who do not have substantial assets at the time of marriage nor an expectation that they will receive considerable gifts or an inheritance.

What to do if you’re considering a prenup

If you and your partner do make the decision to pursue a prenuptial agreement, it’s best to do so in consultation with a professional. Even if you choose not to sign a prenup, consider meeting with a family law attorney to understand what the law says in your area in the absence of an agreement.

“Marriage is a contract with legal and personal ramifications,” Cohen said. “Most couples spend a lot more time planning their wedding than they do their marriage. A prenup can be a lot more than an ‘in case of divorce, break out the contract.’ This is especially true if a neutral professional supports you through the process.”

If possible, both parties should have their own counsel to ensure that their interests are represented throughout the process and that the final agreement is fair to each. And note that the process doesn’t necessarily end after the ink dries.

“It is not possible to predict the future,” Pollock said, noting that young couples lacking a lengthy work history may find unexpected career success that tips the balance of earning potential. “If, however, a couple decides they want to draft based on the current circumstances even though they might change in a meaningful way, we encourage them to review the agreement every year and always prior to making a life change, such as becoming pregnant or leaving the workforce.”

Cardi B on why she’s back with Offset: ‘It’s hard to have no d*ck’

The Funniest Tweets From Parents This Week (Oct. 24-30)