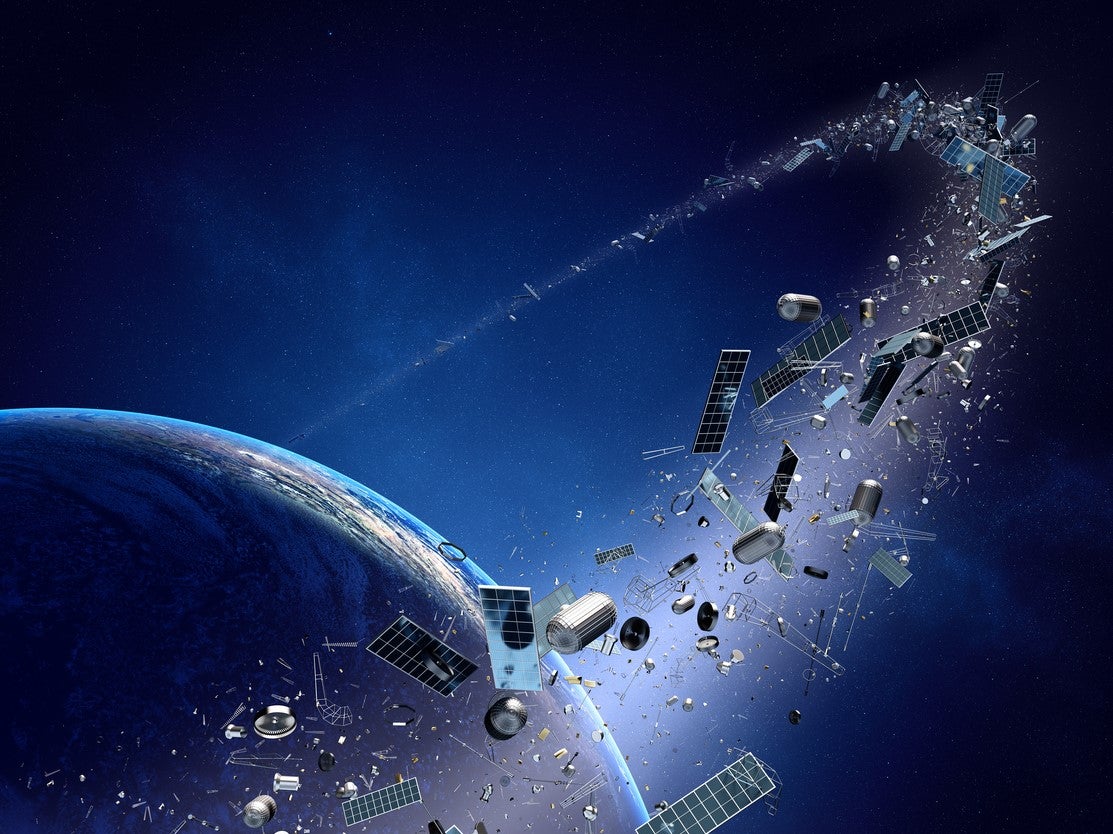 On 22 September, the three astronauts serving aboard the International Space Station (ISS) were ordered to shelter near an escape craft after Nasa detected a large piece of space debris heading towards them.

Thrusters on the ISS were initiated to avoid what the US space agency called a “possible conjunction” with the object, which could have proved fatal for all on board.

It was the third time since January that the space station had been forced into an unscheduled manoeuvre, and once again highlighted the ever-growing issue of rogue debris in Earth’s orbit.

Earlier this week, space junk tracker LeoLabs issued a warning that another major collision could be about to take place.

Part of a discarded Chinese rocket and a decommissioned Soviet satellite were on course to pass within 25 metres of each other, with a 10 per cent probability of collision. Their combined mass of 2,800kg, together with a relative velocity of 53,000km/h, meant any collision would be catastrophic.

“It is between two large objects and at high altitude, 991km. If there is a collision there will be lots of debris which will remain in orbit for a long time.”

The hundreds – potentially thousands – of pieces of debris resulting from the crash would have exploded in different directions, creating countless more collision possibilities. Astronomer Jonathan McDowell, who is based at the Harvard-Smithsonian Center for Astrophysics, said it would increase the amount of space debris by “10 to 20 per cent”.

A 1978 study by Nasa scientist Donald Kessler warned that the domino effect of such an event could create an impenetrable layer of debris that would make terrestrial space launches impossible – essentially trapping us on Earth.

The research prompted Nasa to set up the Orbital Debris Program a year later, aimed at developing ways to monitor space junk and develop ways to remove it.

The issue has only gotten worse since. There are currently an estimated 200,000 objects between 0.4 and 4 inches, and tens of thousands of objects larger than 4 inches, according to the United States Space Surveillance Network.

Nasa administrator Jim Bridenstine has called for action to be taken, tweeting last month: “In the last two weeks, there have been three high concern potential conjunctions. Debris is getting worse!”

There are currently no international laws to clean up space junk, however some companies are taking action to mitigate against future catastrophes.

SpaceX is in the process of launching thousands of satellites into orbit as part of Elon Musk’s Starlink space internet project. Part of its mission statement, however, is to “keep space clean”.

Each of the satellites is equipped with an onboard propulsion system that will propel them to burn up in Earth’s atmosphere at the end of their life.

Data from LeoLabs suggests that the latest collision prospect was narrowly avoided, though the threat remains ever present.

“The problem of managing space debris is both an international challenge and an opportunity to preserve the space environment for future space exploration missions… The space around out planet is filled with rubbish. It’s time to take out the trash.”

Betelgeuse: Famous star is smaller and much closer than we thought, astronomers say

How JobKeeper payments will change

DuckDuckGo comes back after being blocked by Indian ISPs